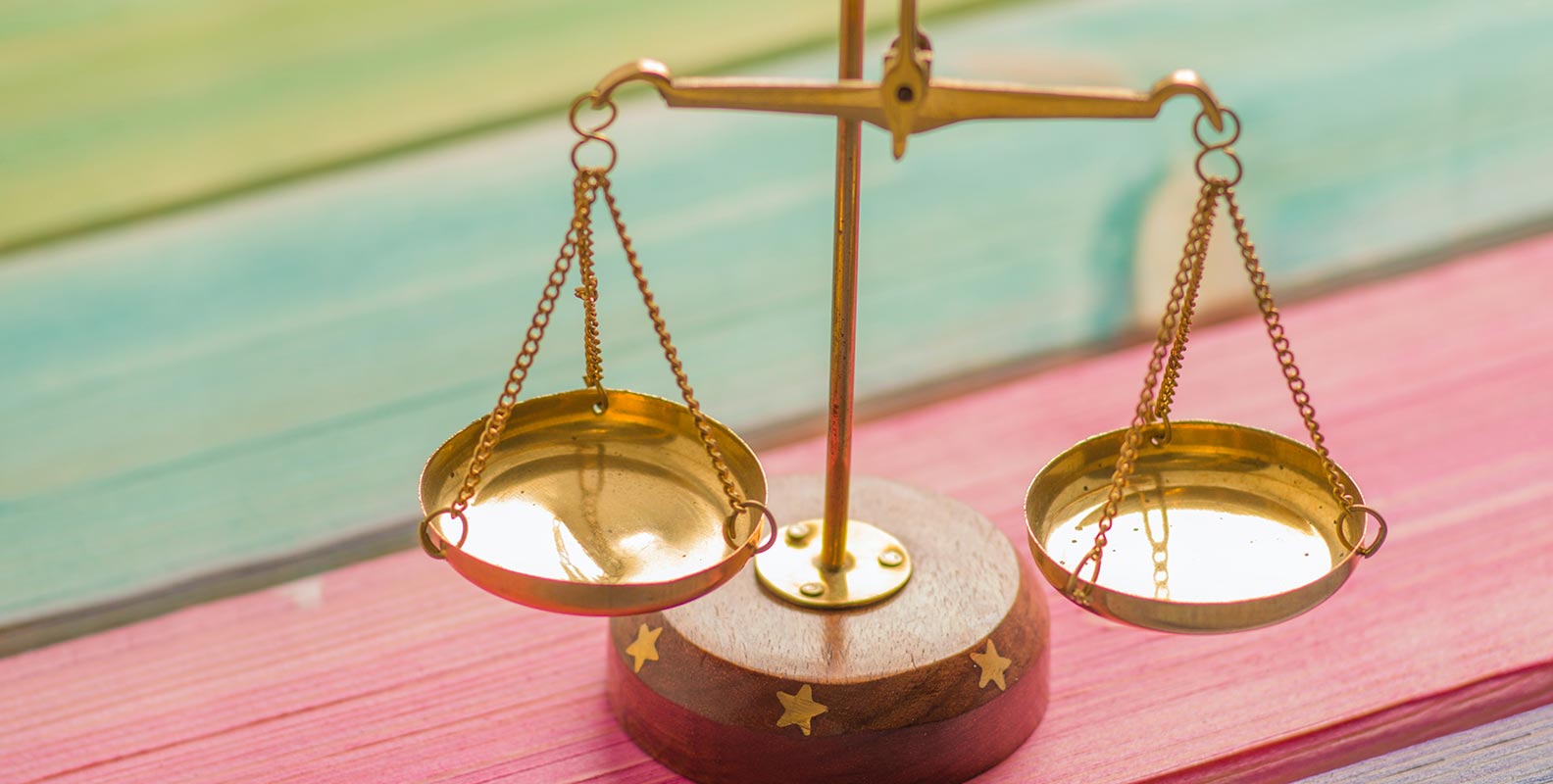 There's no one right way to build wealth, but savvy savers all tend to share a similar strategy: Keep your money where it can earn more, faster.

With savings interest rates lower than they've been in years, many consumers are likely raising an eyebrow at the lower returns offered by their traditional savings accounts. Surely, there must be better options that can provide a balance of high yield and safety?

That's where high-yield savings and certificate of deposit (CD) accounts can be useful. Here are how they work and the benefits of each.

A high-yield savings account (HYSA) is very similar to a traditional savings account, but a HYSA gives you the opportunity to earn a higher yield — meaning your savings will grow quicker.

According to the FDIC, the average interest rate for a traditional savings account is just 0.06% (as of 4/19/21), but SaveBetter’s partner banks offer HYSAs and money market deposit accounts (a type of HYSA) with rates up to 0.51% interest.

The good news is there are usually no extra fees associated with HYSAs compared to regular savings accounts, and it can be just as easy to transfer money in and out. Most financial institutions allow you to make manual or automatic contributions directly from your checking account, and some may offer mobile deposits, so you can deposit checks into your HYSA from your phone.

Most HYSAs are also FDIC-insured up to $250,000 per account, so your money will always be safe no matter what happens with the economy.

High-yield savings accounts can be a great place to keep money for short-term goals, like saving for a vacation, wedding, or home renovation. You can also keep your emergency fund in a HYSA, so it’s easy to access at any time.

There is often no minimum amount required to maintain HYSAs and no monthly fees. Minimum opening amounts usually range between $0 and $100.

A certificate of deposit (CD) is a different type of savings vehicle that locks your interest rate for a set amount of time. For example, if you open a three-year CD with 1% APY, it will keep that same interest rate for the entire three years, no matter what happens to interest rates overall.

CDs typically offer higher interest rates than high-yield savings accounts — but they work a bit differently. With CDs, you typically make one lump sum deposit, which you agree to leave untouched for the term you select. Once the term is over, you can withdraw the money and the interest you earned without penalty.

CDs offer various terms that usually range from a few months up to five years, with some even extending to 10 years. The longer the term, the higher the interest rate you'll typically earn.

There are two main types of CDs available, traditional fixed-term CDs and no-penalty CDs. Here are the differences:

A traditional, or fixed-term, CD has the same interest rate for the entire term. If you withdraw the funds before the CD has matured, you're typically charged a penalty. The penalty amount depends on how long the CD has been open and how long the initial term is.

Because fixed-term CDs charge a fee if withdrawn early, they tend to be a good choice for long-term savings. For example, if you’re saving money for a vacation in 2022, you can choose a 12-month CD.

People who struggle with saving for goals may prefer a fixed-term CD compared to a HYSA because it’s harder to access the money.

A no-penalty CD does not charge a penalty if you access the funds before the term is over. While this option provides added flexibility, no-penalty CDs usually offer lower interest rates than fixed-term options.

In some ways, a no-penalty CD is similar to an HYSA because there are no downsides to withdrawing the money early. However, while you won't be charged if you want or need to access your funds in a no-penalty CD, with some CDs you may not be allowed to make partial withdrawals, which means you'll have to remove all of your funds at once.

HYSAs and CDs are both savings vehicles that can help consumers earn more interest. Here are some pros and cons for each: 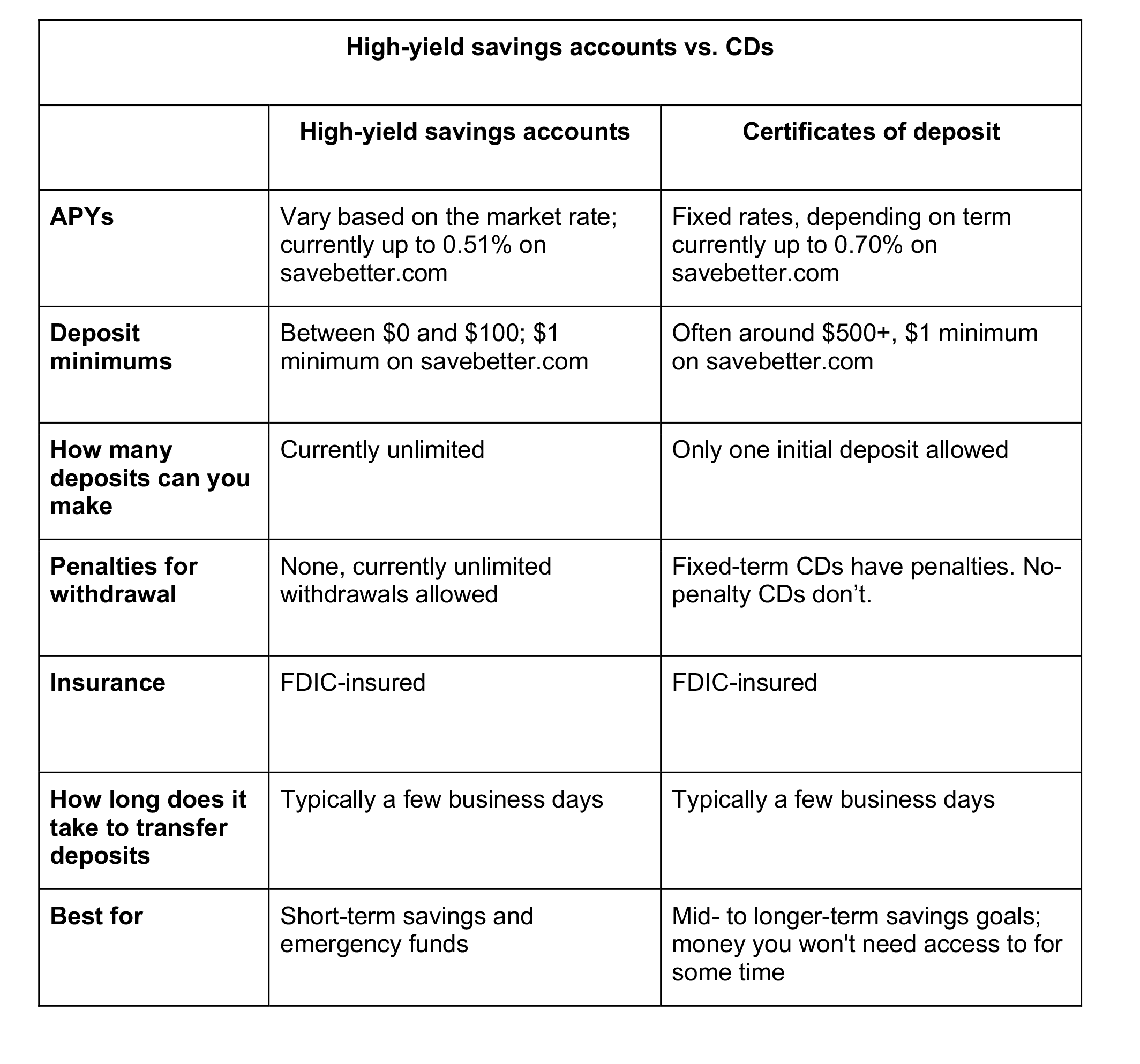 A better way to find HYSAs and CDs

To cut down on time to find competitive savings products, visit SaveBetter. We bring together a curated network of community bank partners that provide attractive interest rates for both HYSAs and CDs.

Many of our partner banks offer competitive banking services while supporting their local communities. By selecting savings products offered from our partner banks, you’ll know your money is secure, earning great rates, and helping to support communities' needs.